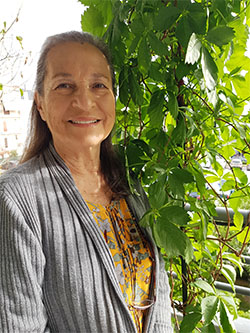 Sofia Foteina Chatzikokoli is a holistic therapist. She is one of Constantin and Maria Foteinas’ long term students and colleagues and, also, one of their children. She is one of the founder members of the Café Ecole (1979) and since then she has dedicated her life to serve for the growth of human being.

• Business Administration, at the Athens University of Economics
• Pedagogies, at the Pedagogic School of Athens
• Full training in the theory and practice of the Café Ecole method under the guidance of Professor Constantin Foteinas and the auspices of the University of Montreal.
• Trained as a facilitator in accordance with the "Constantin Foteinas - Café Ecole" method on self-awareness and self-realization.
• Trained in ethnographic research.
• Followed her Master, Constantin Foteinas, in his spiritual path and was trained by him in “Minimal Movement and Meditation” and “Accompaniment”. (assisting people in their final phase of earthly life)

London:
• Pedagogies in accordance with Montessori’s method at the St. Nicolas Training center.

Paris:
• Pedagogies in accordance with Rudolf Steiner’s method for children in preschool age at the “Ecole Perceval” Chatoux.

Kyoto:
• Classic Japanese dance (Buyo) by Mitsuko Nakata and Anti-Dance (Butoh) by Ono Casua, who inspired Constantin Foteinas to create the technique of Minimal Movement. Sofia founded and managed a nursery school called “Our school” in Glyfada, Athens and functioned in accordance with the Café Ecole method, especially adapted for children. During the same period, she coordinated workshops for primary school children who were experiencing learning difficulties as well as workshops for parents.

Within the premises of Café Ecole, she coordinated self-awareness, psychotherapy and minimal movement workshops, but also workshops for parents, teenagers and primary school children. Today, assisted by her colleagues, she coordinates the activities of the Organism “Café Ecole -Constantin Foteinas”.

India:
• Since 2010 she has been initiated and a student of “Teacher Training Program (TTP)of the Association of Himalayan Yoga Meditation Societies International, in Swami Rama Sadhaka Grama Ashram in Rishikesh and is certified with RYT 500 and accredited by Yoga Alliance.
She is the author of the book “Our life...a fairy tale” and of articles published in the daily press and various magazines.

She has two daughters and three grandchildren and she considers the members of her family, both men and women, as her trainers. She is dreaming of people who will feel part of the Universe and will experience a world full of love and sympathy for their fellow human beings. 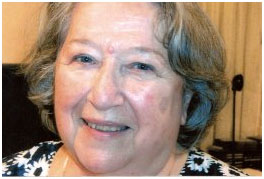 Chrysanthi Foteina – Kissadjekian is the sister of Constantin Fotinas. She was born in Cairo – Egypt, lives in Athens since 1960 and has two sons. She graduated from the Commercial Department of the Immaculate Conception School of Cairo. She then studied Journalism, Short Story Writing and English Literature at the Regent Institute of London. She was employed by large multinational and Greek companies, as their administrative assistant.

She was trained in the theory and practice of the Café Ecole method, as well as in ethnographic research, under the guidance of Professor Constantin Foteinas and the auspices of the University of Montreal.

She followed her Master in his spiritual path and was trained by him in “Minimal Movement and Meditation”.

She is a member of Harry Oldfield’s research team, in London, and has been trained in Polycontrast Interphase Photography by him.

Under the guidance of Constantin Foteinas, she studied all the modern Laughter Therapy methods, practiced around the world, as well as clowns’ behaviors in the hospitals, for about six years. And she resulted in her own avant-garde version, the “hug-clown”, who stands by the sick child’s side. She has voluntarily worked with the “ΟΝΑR – art for the sick child” team and offered her services and her experience to the “Aglaïa Kyriakou” Children’s hospital and the “Floga” association (association of parents with children who have cancer).

“Café Ecole” editions have published the following books written by her:

- “...and I asked the Master...”
- “Faggalah, the house of love. Lies and truth are all fairytales” (this book was written both by Constantin Foteinas and Chryssanthi.)

She has translated, together with Sofia Foteina, Swami Veda Bharati books: “The Night Birds” and “Kundalini, Stilled or Stirred” 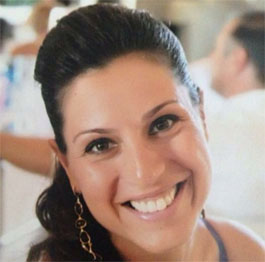 Elena Daskalopoulou is a graduate of The American College of Greece - Pierce College in 1989 and a graduate of Southeastern College, Marketing, in 1993.

She has been fully trained at Café- Ecole and offered her services at the secretariat of Café Ecole more than four years.

Since 2011, she is working on Medical Tatoo, especially with women after breast cancer, sertified by Natural Enhancement Permanent Cosmetics, UK. In London: 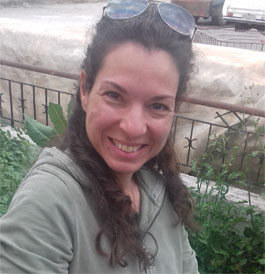 She has been fully trained at Café- Ecole and was Maria Foteina’s secretary.

Today, she organizes the Children Yoga Workshops of the Himalayan Yoga Meditation of Hellas. 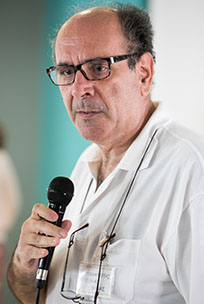 Panayiotis Foteinas - Voinas is one of Constantin and Maria Foteinas’ children. He was born in Kalamata, he is married and he has a daughter and a son.

He has graduated from the Chatzikou School of Cinematograph - Television.

He was trained in the theory and practice of the Café Ecole method, as well as in ethnographic research, under the guidance of Professor Constantin Foteinas and the auspices of the University of Montreal. He was also trained as a facilitator, in accordance with the “Constantin Foteinas - Café Ecole” method.

At Café- Ecole he is a co-facilitator, along with Sofia Foteina Chatzikokoli, in the Life – Family and Self Realization Workshops and he is in charge of all our feasts and reunions.

We owe Panayiotis our fully video-recorded archives of all the Café Ecole events. 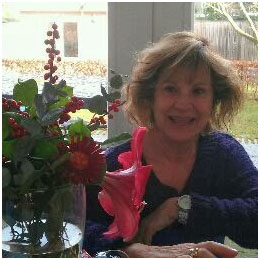 Julie was born in Pireas and grew up in Athens.

Since her childhood she was wondering why don’t people live naturally in a world of justice, equivalence, unconditional love, freedom and family warmth. Her dream was to offer to people all these qualities. This was her destination and destiny. And she followed it. She is frateful to Constantin Foteinas and Maria that guided her and shed light in her way.

She was fully trained in “Constantin Foteinas-Café Ecole“ method (Université de Montrèal) and at the training for facilitators of Café Ecole. She is an accredited psychologist and pedagogue (Sheffield .H. University). She is an Eclectic- Synthetic- Humanitarian – Existential psychotherapist (Diploma in Counselling & Psychotherapy Central Award in Body (CPCAB) & Confederation of Scottish Counselling & Psychotherapy Agencies (COSCA). She also has a Combined certificate in counselling skills & therapeutic counselling & psychotherapy. She is trained in “Personal Development and Training in the Body Potential Training Program(Augsburger Institut). And in Self Awareness of the Geshtalt method, in Group Analysis, in Mourning and Loss, in Family Dynamics- Family Therapy- in Coordinators of Parents’ School (Panhellenic Association of Parents’ Schools), in assisting drug addicts, Psychological Health, Prevention from Addictive Substances, and Αids), in Diagnosis and Restoring Dyslexic Children and Adolescents, in Theatrical Play and in Psycho-energetic Psychology.

She works at Café Ecole Constantin Foteinas because the feels that she belongs here, that this is where her roots are and where her “Ithaka” is.

She is a mother of two children and four grandchildren.

She practices yoga, dasira narada, reflexology, shiatsu, self-healing methods and her hobby is photography, dance, music and her love for human beings. 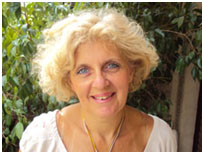 Anna is one of Constantin and Maria Foteina’s children, she was born in Athens, she is married and has a daughter and a son.

She is a graduate of the University of Macedonia (Economics) and has studied classical guitar at the Athens Conservatory.

She is fully trained in the Theory and Practice of Café Ecole, under the guidance of Constantin Foteinas and the auspices of the University of Montreal (Self Awareness, Group Facilitation, Consultation in Human Relations and Ethnographic research).

She worked as co-facilitator in Self- awareness workshops, in Life Style workshops and Seminars.

From 2006 to 2014 she worked as a secretary of the non-profit social solidarity association: “Ethiopian Children Assistance Association-Lalibela”. 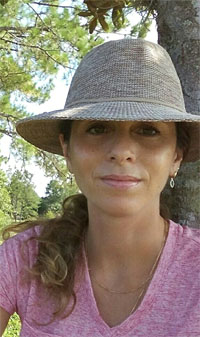 At Café Ecole she has attended the workshops and seminars of Self Awareness and Psychotherapy for her personal growth. 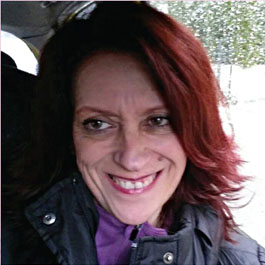 Helen Theonas
Born in Quebec, Canada, her parents were born in Naxos and Creta islands. Early in her life she was conscious of her connection with nature and her love for children.

1983 was a life station when, until 1992, was taught psycho-pedagogics through the method of Café Ecole- Constantin Foteinas, Professor, then, of the Departement of Education Sciences at the University of Montreal.

She was dedicated for 34 years to her vision for the reformation of Education through the experiential Pedagogie that she was trained in, as she was working as an English Teacher in Foreign Languages Centers, at the beginning and later at the Montessori Kindergarten of Irena. Following that, she taught for 18 years at the primary school of “Ι.Μ. Παναγιωτόπουλου” Finally she worked as Educational Consultant in the pioneer Publishing House of Hillside Press.

Her internal quest led her, these last years, in the Experiential Seminars of the "Body Mirror Healing System" by Martin Brofman where she was trained and certified as a Healer through this method.

Common goal of the two methods is the change the healee witnesses through acceptance and unconditional love which results with awareness, healing and love for life.

We also thank Dr. Nicole Henri, Constantin Fotinas’ first disciple and closest colleague in the University of Montreal, in Canada, because she has stood by our side like a true sister, translating our texts in English or forwarding material from the Café Ecole of Canada to us.